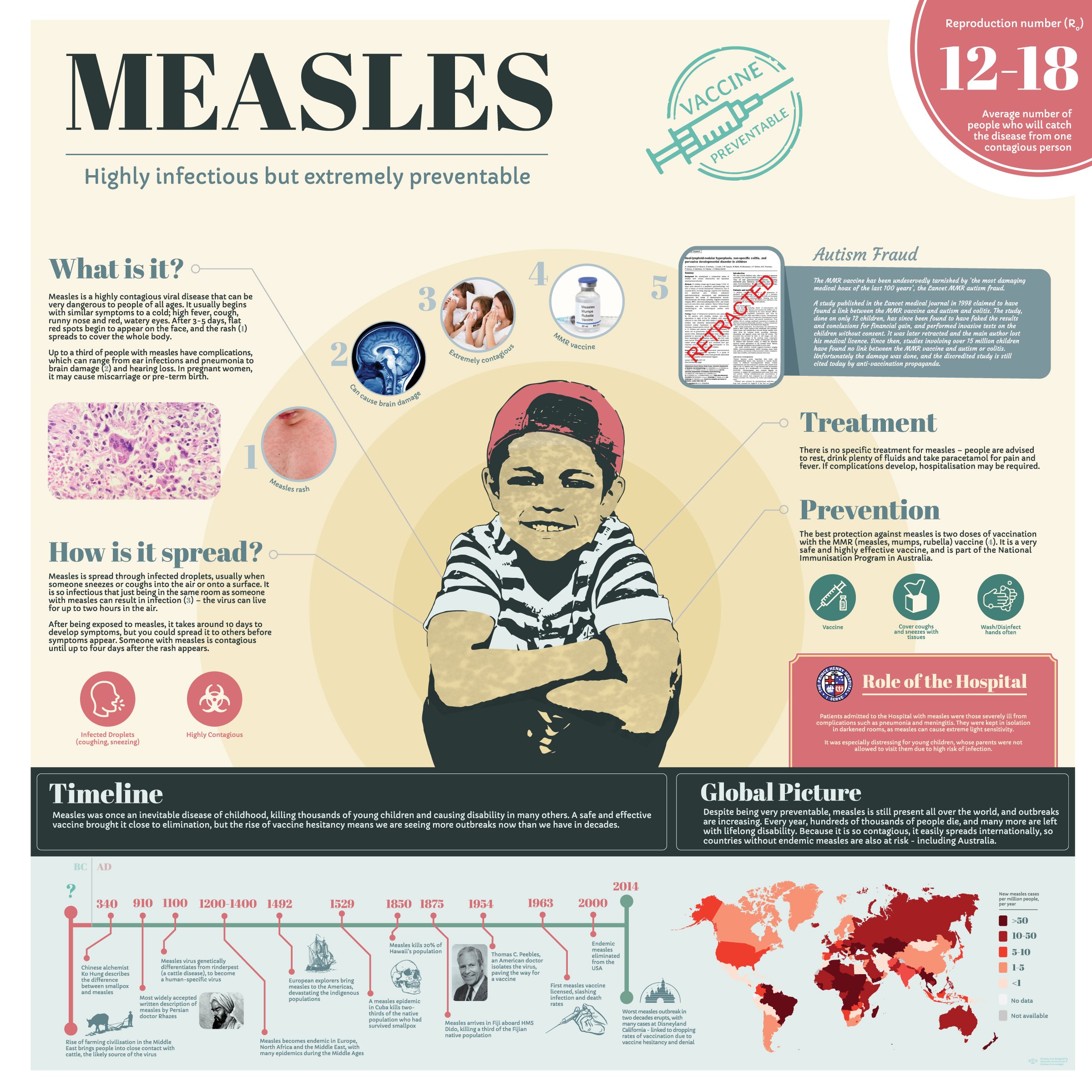 Measles was recognized as a disease entity during the sixteenth century. It first made its appearance in Australia in 1850, being introduced by the ship Persian and as far as can be ascertained, it reached New South Wales in 1853.

The most frequent causes of death, according to the hospital reports, was broncho-pneumonia and toxicity, with encephalitis appearing occasionally It is interesting that the highest death rates in Australia corresponded to a certain extent with the years of highest death rate in England and that the infection was without doubt introduced from England.

These days [ed: early 1960s] the complications of broncho-pneumonia and middie ear infection occurring in the course of measles are amenable to antibiotics that this major source of mortality is largely controllable. Cases of measles encephalitis however are still seen, and these form a small proportion of the measles admissions to the hospital.

The Australian Government has a comprehensive vaccination program for most childhood diseases. The Australian National Immunisation Program (NIP) has included a measles vaccination since the mid-1970s, though it had been offered by the states and territories for several years prior to this.

Australia was declared free of measles in 2014, which means that there is no ongoing local transmission of measles within the population (although the infection can still be brought in from overseas), and a system is in place to detect cases. Although measles is now uncommon in Australia, vaccination is still important because travellers can be infected while overseas, and can carry the virus back to Australia. Because measles is so contagious, most of the population needs to be immune to measles to stop it spreading.

In 2017, 93% of Australian 2 year olds were fully vaccinated against measles; however, vaccination rates vary by where a child lives.

1922 The Coast Golf Course The hospital golf course, established around 1922, occupies an extensive tract of land lying to…