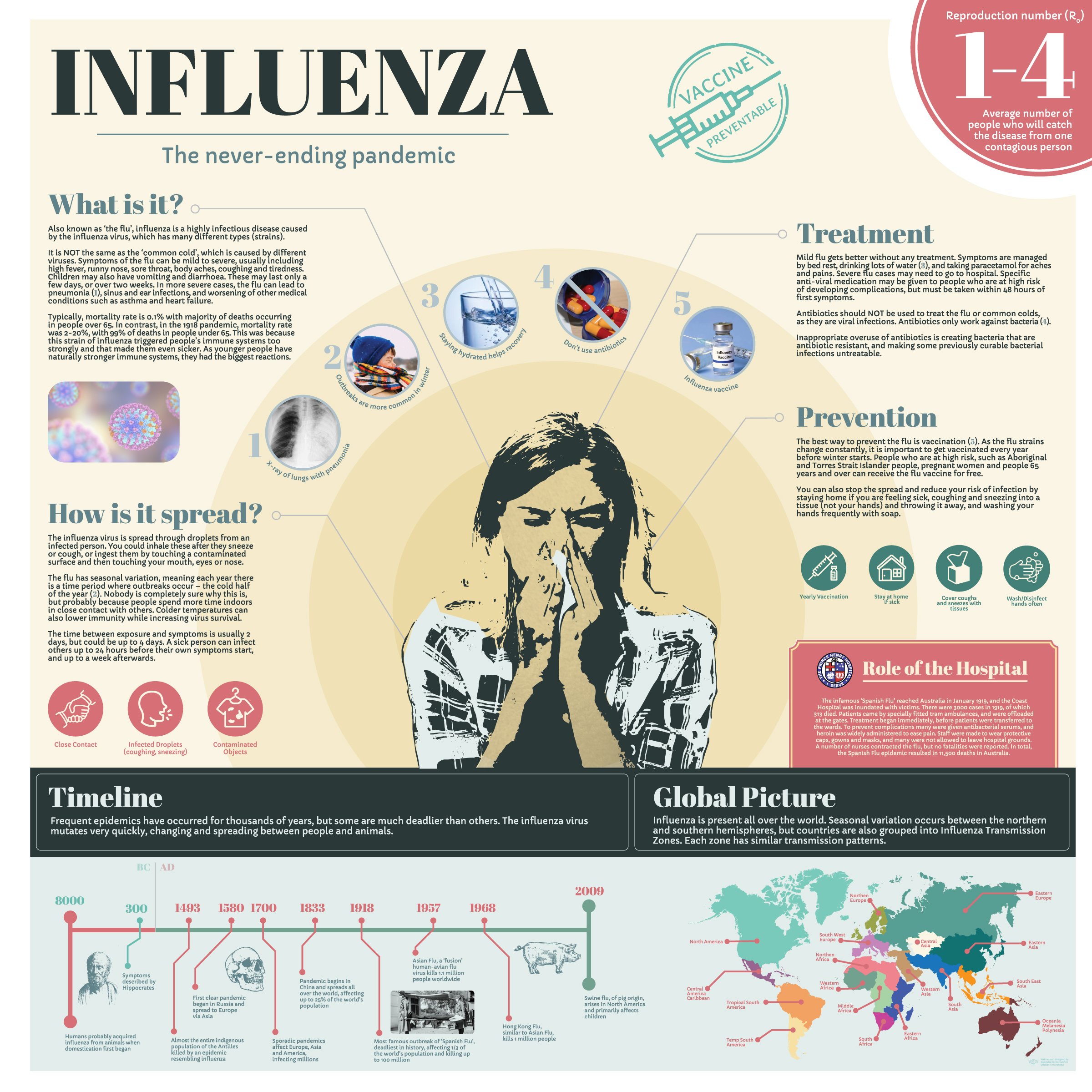 Influenza vaccines-the flu shot or flu jab-protect against infection by influenza viruses. New versions of the vaccines are developed twice a year, as the influenza virus mutates rapidly. While the vaccines effectiveness varies from year to year, most provide modest to high protection against influenza. Vaccine effectiveness in those under two years old and those over 65 years old remains but it is believed that vaccinating children may protect those around them.

The World Health Organization (WHO) recommends annual vaccination for nearly all people over the age of six months, especially those at high risk. These groups include pregnant women, the elderly, children between six months and five years of age, those with certain health problems, and those who work in healthcare.

The Australian Government recommends seasonal flu vaccination for everyone over the age of six months. The flu vaccine is free for the following people: