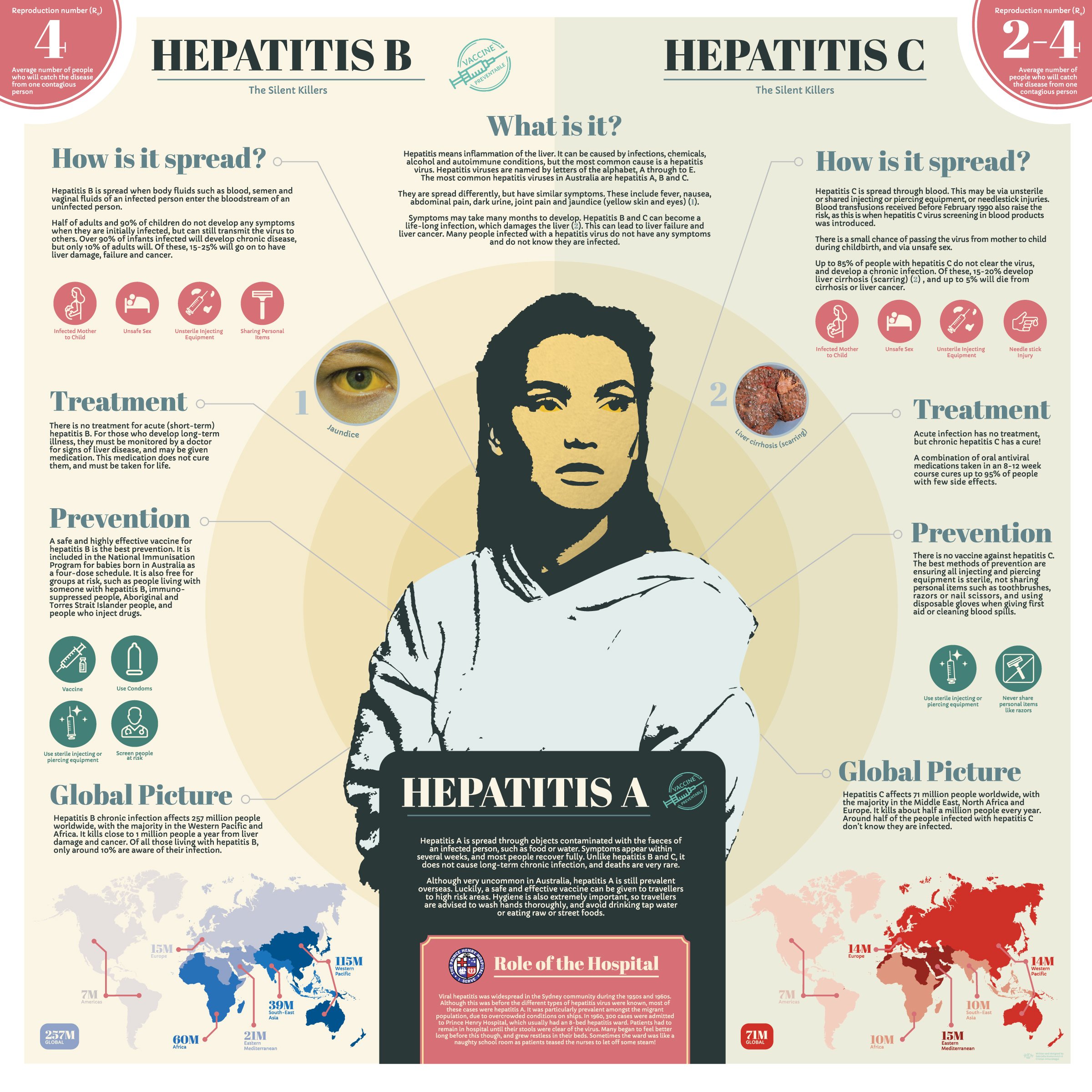 Hepatitis is far from being a recently recognized disease; a transient form of jaundice has been recognized for centuries. According to Migne (1844) the contagious nature of jaundice is said to have been referred to in a letter from Pope Zacharias, A.D. 741-52, to St. Boniface (Wynfrith), the apostle of Germany, concerning cases among the Germans, recommending that sufferers be segregated lest others catch the contagion.

William Stokes (1839) of Dublin, is credited with having recognized that jaundice may be due to a mild form of hepatitis. For more than a hundred years, hepatitis has figured conspicuously in European military medicine. Woodward (1863) reported the condition during the American Civil War; it occurred at the time of the Franco-Prussian War and the Boer War. Cases at Gallipoli and throughout the Middle East in the First World War were described by William Hunter (1922).

In the years between the two world wars, there were sporadic outbreaks in Great Britain and elsewhere, and the disease affected particularly those living in institutions.

It was during the Second World War however, that this disease reached epidemic proportions. Being endemic throughout the whole of the Mediterranean basin it was a major source of disability among the land forces in the Middle East and desert campaigns, in which the attack rate among troops was as high as one in ten. Between 1941 and 1944, the disease became world-wide in distribution.

There was, apparently, dissemination of strains of virus to which there was little acquired immunity, and dense troop concentrations frequently with poor standards of sanitation facilitated the spread of the condition. It is now the commonest infectious disease at this hospital. For example, of 105 infectious cases in the Infectious Division in 1960, seventy to eighty were suffering from infectious hepatitis.

Apparently caused by a virus, it is spread in a fashion similar to that of typhoid fever, but although it causes marked and often prolonged indisposition in most adults, it has a low mortality rate, of the order of 0.1 to 0.4 per cent.

Since 1954, when it was made a notifiable disease in New South Wales, a considerable rise in incidence has occurred in New South Wales, Victoria and other parts of the world. With close aggregations of large numbers of people, as at migrant hostels, the opportunities for spread of such a condition are increased, and at such times special care must be taken regarding sanitation, water and milk supplies, flies, and the personal hygiene of food handlers.