Gastroenteritis is a catch all term to describe irritation of the gastrointestinal tract, usually caused by an infection. Children are particularly susceptible. Rotavirus and Norovirus are the most common sources of infection. But Gastro can also be caused by bacteria such as E. coli, Salmonella and Campylobacter, as well as parasites from dirty water. Simple hygiene measures, such as hand washing, are the easiest ways to reduce the spread of the germs that cause gastro.

The altered pattern of infectious diseases in the community is inevitably reflected in the types of admission to hospital. With the development of effective antibiotics such as penicillin, bacterial diseases have been largely replaced by those of virus origin. During the 1960s Prince Henry Hospital was admitting and treating 300 cases of infective hepatitis annually, cases drawn from the whole of the metropolitan area. 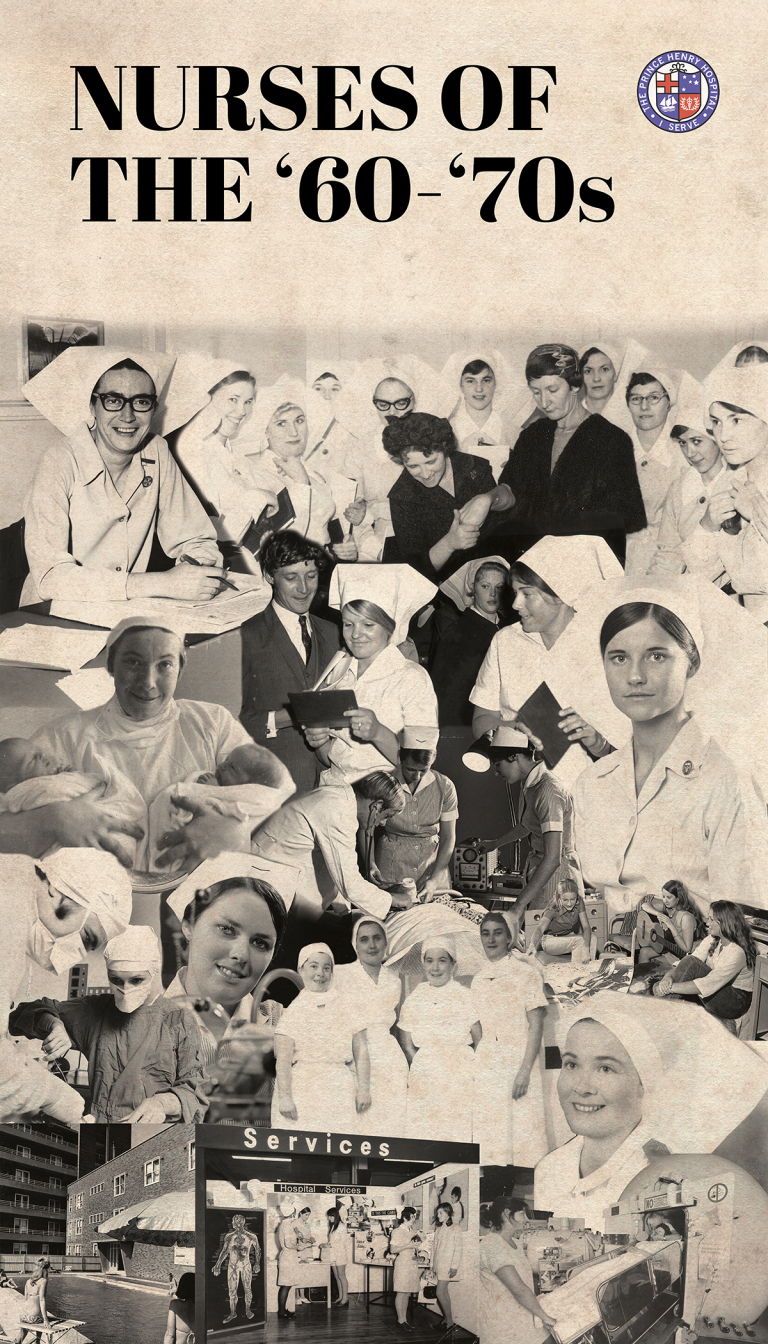 The student nurses of the 1960’s were part of the growing movement towards change in the nursing profession, and in society at large, which would effect their careers and their lives.

Matron Croll had introduced some cosmetic changes in order to make nursing more attractive to a generation of young women with expanding career choices and higher expectations. One was the glamourous graduation ceremonies complete with donated prizes for high achievers in designated areas of excellence.

There were substantial changes in nursing education. In September 1962 a large well-equipped School of Nursing situated on Pine Drive was opened by the President of the Prince Henry Hospital Trained Nurses Association, Mrs Maylean Cordia.

The theoretical content in the nursing course was expanding in line with medical knowledge and was no longer taught in off duty time. The hours spent attending block lecture sessions were counted as duty time. Nevertheless all subjects were examinable and all examinations had to be passed, the amount of time spent in study was the students’ responsibility.

Registered nurses on the staff were encouraged to enrol in the postgraduate courses offered by the N.S.W. College of Nursing (mostly at their own expense) which were becoming essential to career advancement.

Much would change in clinical procedures and equipment. The use of disposable plastic equipment proliferated. Drugs for injections came in phials ready mixed, eliminating time consuming breaking down and mixing drug doses-although Penicillin still had to be measured and mixed by the nurse. The large metal drainage containers attached to patients’ beds were replaced by plastic bags which did not require soaking, cleaning, sterilising and polishing.

However most traditional work practices remained. Cleanliness was paramount, quilts were boxed and wrinkle free and nurses were the major labour force. The practice of sisters and nurses starting earlier continued.

Matron Croll abolished the late passes, nurses were responsible for their own off duty time, but this did not mean that discipline was relaxed. Matron Croll would not tolerate dereliction of duty. Coming on duty late was an unforgivable sin, regardless of the reason given. Apart from the transgressor’s death there was no excuse in her view.

Late in 1961 nurses gathered at the hospital tram-stop to farewell an old friend, an institution, the La Perouse tram, which had not only carried generations of nurses but also the hospital mail to and from the G.P.O. It was the last tram line in Sydney and was crowded with passengers and bedecked with streamers

Buses replaced the rattling trams and because of the altered timetables the hospital provided a bus from the city at 11.30 p.m. every night. The kindly bus driver, Stan, would wait patiently for dallying nurses well past the official departure time. He was regarded as a special friend by all.

The so called “baby boomers,” -the wider educated post world war II generation–eschewed the old values and sought to understand the world and the human condition by getting to know it first hand. Not all the “Age of Aquarius” generation were as adventurous but most believed that the old order should and would be changed; that people were more important than property; that war was immoral; that men could wear their hair long if they wished and that women should not be imprisoned by mere gender