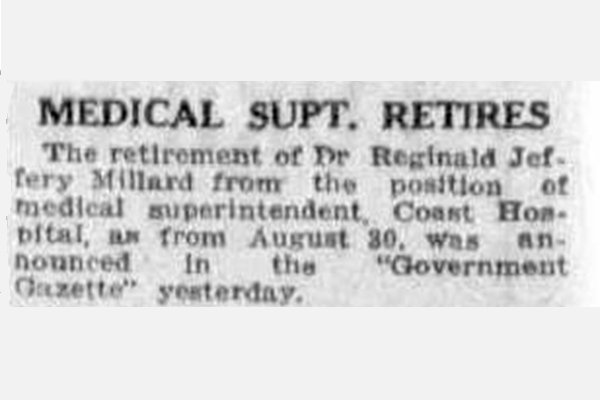 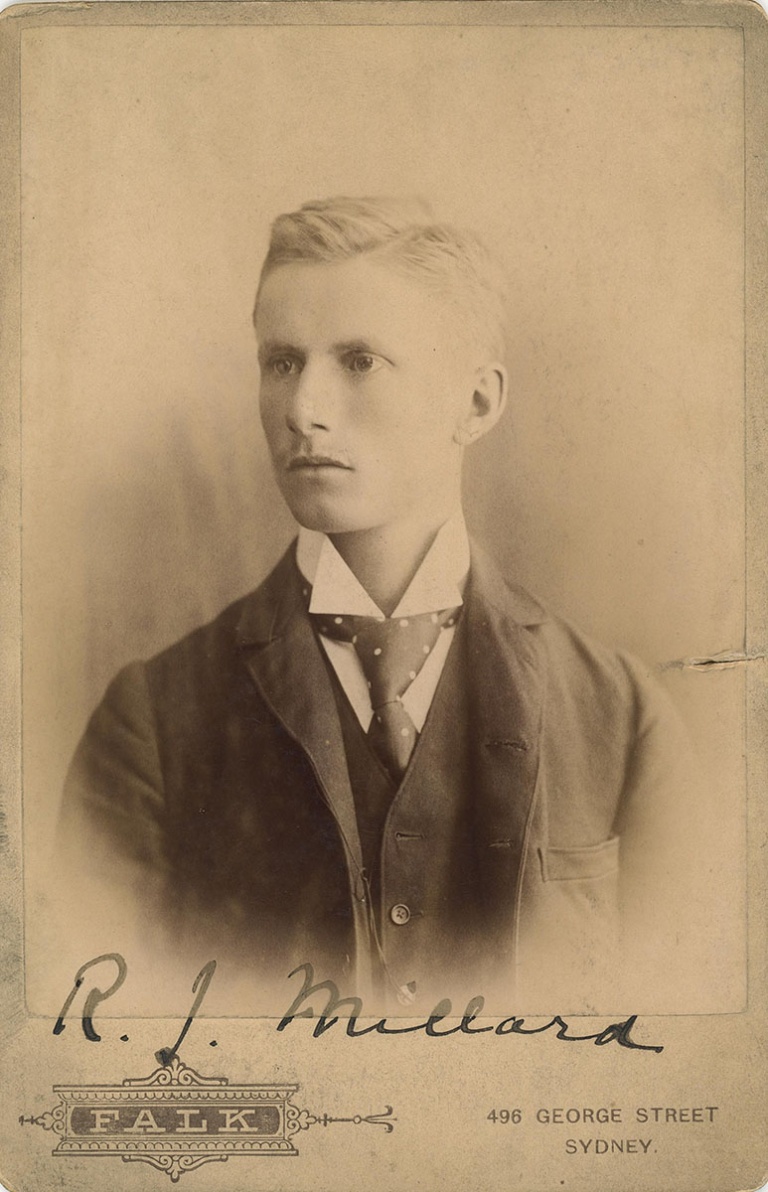 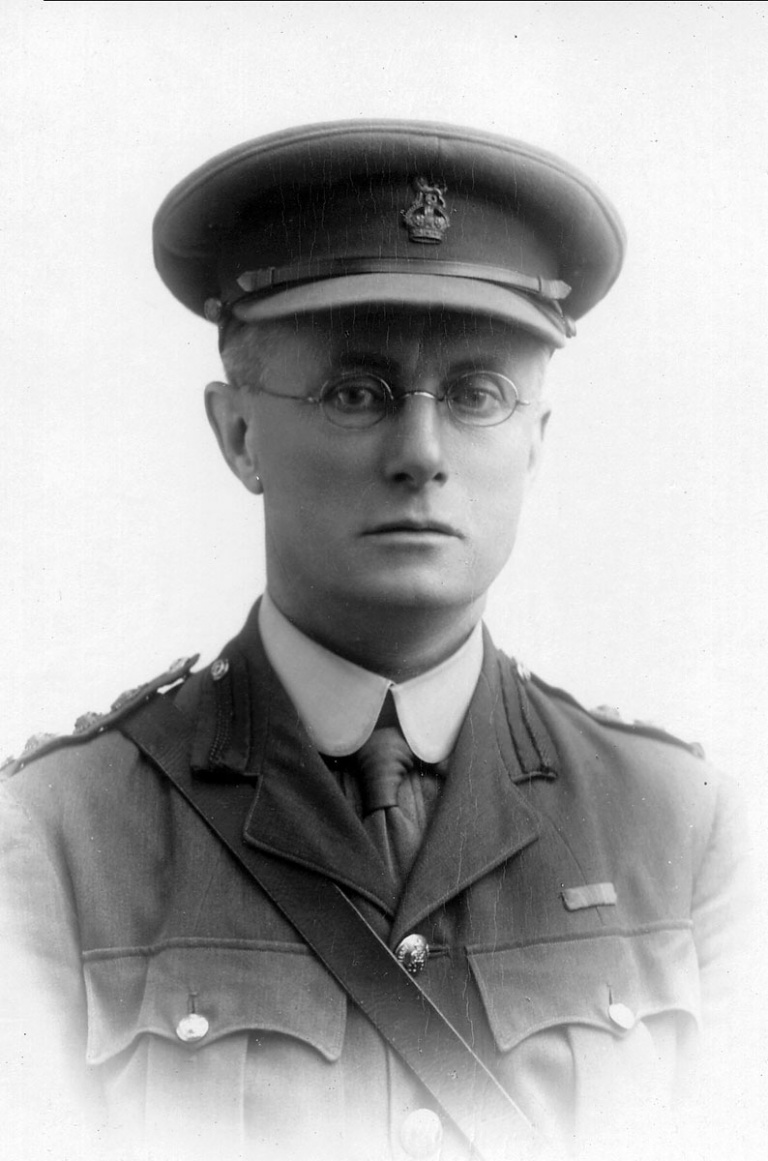 Dr Reginald Millard was Medical Superintendent of the Coast Hospital for 25 years. He was very much admired and respected by nursing and medical staff.

Born 22 May 1868 in Newcastle, NSW, he studied medicine at Sydney University and started work at the Coast in 1908.

During WWI he enlisted as Major. He served with the 1st Australian Field Ambulance and served at the Anzac Landing and later on transport duty with wounded to Alexandria. He was aboard the troopship “ Southland ” when it was torpedoed while traveling to Anzac Cove and he held major administrative positions with Australian forces in Egypt, England and France, including being temporarily in command of No. 1 Australian General Hospital, Rouen, in January, 1917.

He returned to Australia on O.C. hospital ship “ Karoola ” in January, 1918 before returning to Admin. H.Q., London, for five months, finally, returning to the Coast in 1920. He finished his army service with the rank of colonel.

Dr Millard had a keen interest in swimming and participated in endurance races across the bay that lasted  two to three hours. With its unique coastal location many staff at the Prince Henry Hospital were able to enjoy swimming in Little Bay.

After retirement he worked as a consultant. Dr Reginald Millard died 14th of Nov 1943 in Killara, NSW.

1934 The Coast Hospital renamed Prince Henry Hospital As suddenly as an electric light is switched off, then on again,…

1934 The Coast Hospital renamed Prince Henry Hospital As suddenly as an electric light is switched off, then on again,…