The increasing prevalence of typhoid fever in and around Sydney created problems for the metropolitan hospitals, which were finding the presence of an undue proportion of fever patients in their wards prejudicial to the other patients, and to the nursing arrangements. It was suggested that the Coast Hospital be made the hospital for infectious diseases in Sydney, so from 1884 the Coast was recognized as the hospital for infectious diseases occurring in the Sydney metropolitan area. Among these diseases was leprosy, and a separate building or lazaret was constructed to house these patients.

The wards for the infectious cases, at first mainly typhoid, were all well separated from the convalescent wards so that it was possible for it to fullil a dual purpose, as a fever hospital and convalescent Sanatorium.

Each was conducted as a separate establishment with its own nursing staff. There was one Lady Superintendent and nurses for the hospital division and another Lady Superintendent and staff for the Sanatorium. Police were detailed to patrol the isolation area and were quartered between the original lazaret and the new buildings of the Coast Hospital, doubtless to ensure that lepers did not enter the hospital grounds.

This dual role also entailed the organization and maintenance of complete ambulance service. As the hospital was situated nine miles from the General Post Office, a large number of vehicles and horses had to be maintained in a state of efficiency.

The last five miles of the trip from the city to the hospital was through uninhabited country, while the nearest public transport was the steam tram which ran from Sydney to Botany, about four miles away. 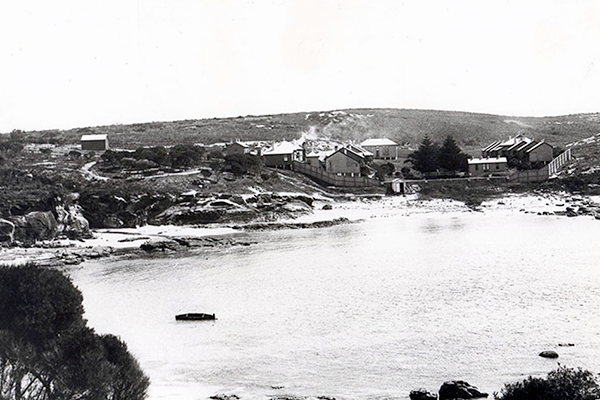