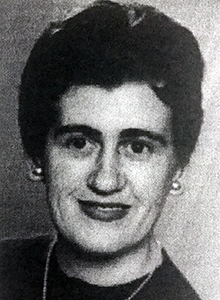 Beryl graduated in 1949 and except for 8 years gaining obstetric experience, working in United Kingdom, the U.SA., Canada and Mexico spent most of her nursing career at P.H.H. achieving expertise across many departments.

She was Permanent Sister in Urology, a Nurse Educator and Deputy D.O.N.. She also opened a Children’s Ward.