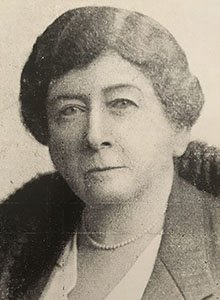 She had left her family home in Scotland in the late 1880’s to journey alone to New Zealand to assist a bereaved relative. When that task was completed she came to Sydney and commenced her long nursing career.

She was shorter than the average nurse, tending to plumpness with luxuriant reddish chestnut coloured hair always carefully groomed and surmounted when in uniform, by a small lace doily-type cap. The neat, clean and tidy classification described Matron Watson accurately and she required the same standard from her nurses.

Miss Watson exemplified desirable ladylike image but was not without a sense of fun. The six children of Medical Superintendent Dr Millard regarded her as an affectionate, indulgent pseudo-Aunt who took them on outings and taught them to play the piano.

The central plank of her nursing philosophy was that each patient was a person not a case. A nurse must respect the individual dignity of each person under her care regardless of social background.

When Matron Watson took over in 1905 the number of admissions during her first year was 3,298; the daily bed average was 289. The average stay in hospital was 32 days and the nursing staff numbered 70 which included two male nurses.

In the infectious division diphtheria was leading with 331 cases and 10 deaths, scarlet fever 323 cases and 6 deaths, typhoid 153 cases with 20 deaths. There were 16 cases of plague and four deaths, as well as measles, chicken-pox, mumps and erysipelas. Overall, infection was down that year.

The drying room in the laundry was operating, wet days would no longer disrupt the linen supply. The swimming pool in Little Bay was finished and 1,000 yards of clay had been laid on the hospital cemetery to counteract the drifting sands. Sixty-one patients including two lepers were interred there in 1905.

On Ist April 1908 the nurses’ Training at the Coast was lengthened to four years.

The Coast Hospital Nurses’ Training School was the second major hospital to adopt the four year certificate course, no doubt due to Matron Watson having trained at Prince Alfred. She knew and respected the judgement of the leading nurses there, particularly that of Miss Susan McGahey, a London Hospital trained nurse, who had been a sister and Matron at Prince Alfred and a leading executive member of the A.T.N.A. Susan McGahey was a dynamic, intelligent woman with revolutionary ideas (for the times) about nurses education, some of which would be implemented decades later eg, the Nurses’ Preliminary Training Schools

Norma Iverach began her training on 12th June 1920. She was destined to be remembered with affection by hundreds of trainees who knew her as a classmate, staff nurse, ward and theatre sister and Sub-Matron-a strict but witty disciplinarian.
She was appointed to the staff when her training finished in June 1924 and excluding leave to obtain a midwifery certificate at Montrose Maternity Hospital, Burwood in 1925 and a six months term at Waterfall T.B. Sanatorium relieving the Sub-Matron, remained at the Coast until 1931.

Regarding Matron Watson she recalled:-

Matron Watson really cared about the lepers. She not only visited them twice a week at least but also organised entertainments for them. If you could sing, dance, recite or play an instrument you would be drafted to perform in the concerts she arranged at the Lazaret.

She phoned me one morning, “Nurse Iverach I believe you sing and play the piano.” I replied, “Matron I have been taught but I haven’t any talent.” Not deterred, she said, “Nurse ask Sister to let you off at 6 p.m., have your dinner and be at the Male Lazaret with your songs by 7 p.m.”

I found that Matron had collected three other nurses, one gave recitations, the other two demonstrated the new Jazz ballroom dances such as the Foxtrot. Matron played the piano for community singing and then called me to the piano to perform. The poor lepers seemed to enjoy it!

Alice Watson retired in 1926 after serving for 21 years as Matron of The Coast Hospital.

She returned to Scotland to enjoy her retirement, a living example of a successful expatriate who achieved some fame and fortune in one of the distant parts of the British Empire. Many of her Coast trainees visited their esteemed Matron when they were in Britain.

During the war she had acquired the nickname of “Aeroplane Alice” due to her practice of doing rounds with a long handled white umbrella. She was short and when inspecting the side-room for instance, would sweep the umbrella along the top of the cupboards causing hidden items to take off and fly around before settling on the floor in front of the embarrassed ward sister and luckless probationer.

Her beloved little brown dog Dinty was not a favourite with the nurses. They tried to keep him out of the ward when Matron did rounds. Dinty had the annoying habit of foraging under beds and then sneezing violently, causing Matron to exclaim in her Scottish brogue, “Nurse there is dust under that bed.”

On the other hand the horse that pulled the laundry cart was a great favourite and much spoilt by the nurses. He would not pass Ward 23 until he was given his daily apple. 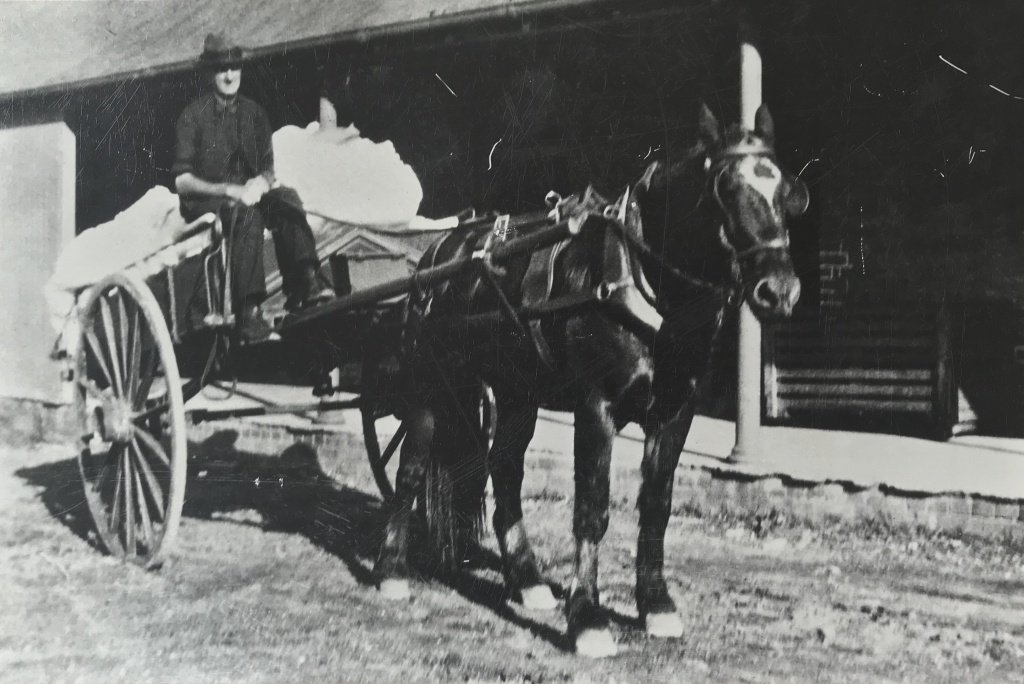