Gabrielle Hannemann was born in Germany on the 26th of August 1957. She migrated to Australia with her parents and siblings when she was 2-years-old. In 1961, Gabrielle, better known as ‘Gaby’, and three of her siblings were struck down by a devastating illness that was sweeping through Sydney – Poliomyelitis. Gaby fell into a coma and when she regained consciousness, her world had changed forever. 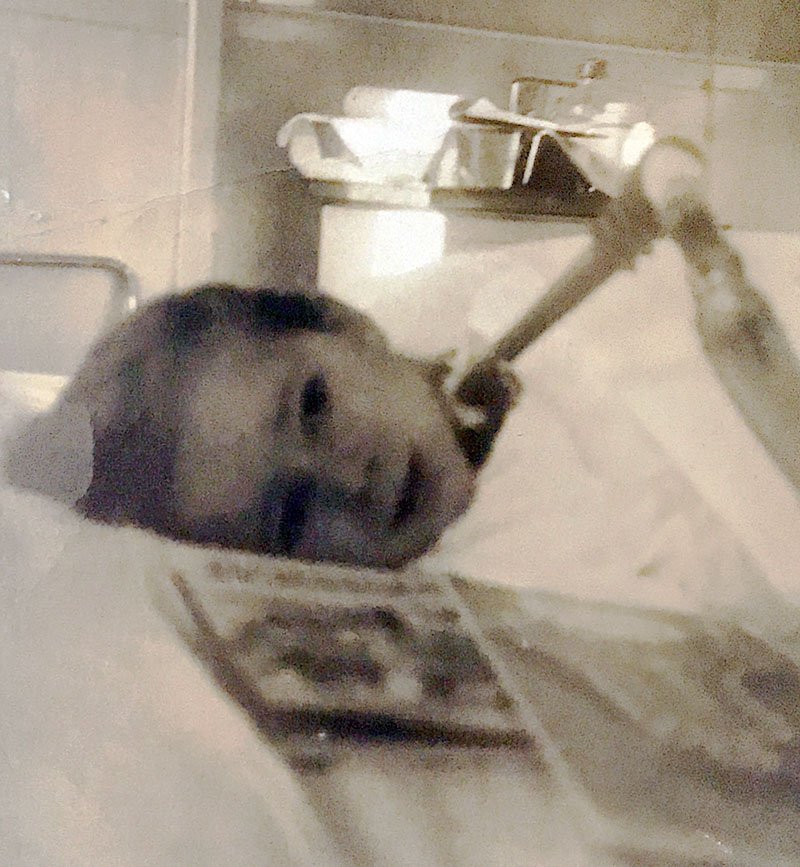 While her siblings recovered, Gaby, was admitted to Prince Henry Hospital and went directly into the new positive pressure respirator, as she was too small for the tank respirator. She was a beautiful child, with expressive eyes and brown hair, and she immediately captivated the staff assigned to take care of her. The damage to Gaby’s nervous system was extensive. While she had full feeling below her neck, she had very limited movement. She could not move her arms or legs and retained only a very small amount of movement in her left fingers.

Her diaphragm was also affected and she had difficulty breathing without assistance, when sleeping.

Staff remember watching helplessly as the paralysis travelled along her tiny body. They had little hope she would survive. However, they were to discover that Gaby had defences much stronger than her immune system: a steely and determined will to live.

As her father recounts: “…she took up the challenge. She never looked back. While her body refused her command, her mind started to work overtime.”

Gaby embarked on the long process of learning to breathe without the ventilator. Physiotherapists massaged and exercised her unresponsive limbs and the often-forgotten technicians spent long hours devising aids to encourage mobility and support her flaccid muscles. Everyone at the hospital loved her–they cosseted her, encouraged her and cheered her on. She became a local hero.

When Gaby began her education, she could not use her arms or hands, but she found she could skilfully manipulate a long stick held in her mouth. Gaby would listen intently, retain huge amounts of information, assemble her thoughts carefully and speak fluently. The world of knowledge began to open to her.

After six years living at Prince Henry, although still paralysed and unable to sleep at night without the respirator, Gaby left Hospital to return home to her family. When she was 17, she went to live in special supported accommodation units at Cram House and Ferguson Lodge, to broaden her social horizons. She met her long-time companion David, who gave her the opportunity to live independently. They moved into a home of their own.

Gaby’s physical world was limited to a wheelchair by day and her faithful “iron lung” by night, and she was dependent on care for necessities such as eating, showering and dressing. David and an army of trusted carers were instrumental in supporting her to live the life she chose.

Gaby was an active, engaged young woman who took pride in her appearance and always knew what she wanted. She learned to type with her stick and worked part time. She took up collecting for ‘Challenge’, her favourite charity, and on Australia Day and ANZAC Day she would dress up to attract as many donations as possible. She signed up to an extras agency for acting work, and she loved socialising, dancing and football–she was a huge Parramatta Eels supporter. She was a was a well-known figure in the Parramatta area, almost always accompanied by her dog Honey.

Described by her father as “unique and incomparable”, Gaby’s body may have been compromised by the Polio virus but her most important capability, her clear, perceptive mind, was in perfect working order. She had an exhaustible supply of courage, compassion and energy and continually sought ways to improve her physical and social condition. Gaby didn’t just survive Polio, she thrived.

Gabrielle Hannemann died on the 15th July 2012, at the age of 54. She is remembered fondly by her devoted family, her friends and all the staff who supported her over her lifetime.