In September 1988  Minister for Health in the new Liberal Country Party Government,  Mr Collins, announced that P.H.H. would be closed and its facilities relocated into a tower block to be erected in a super hospital to be built on the P.O.W. site and Prince Henry state-owned coastal land would be sold. This would be partly financed by the sale of Prince Henry’s public-owned coastal land at Little Bay. 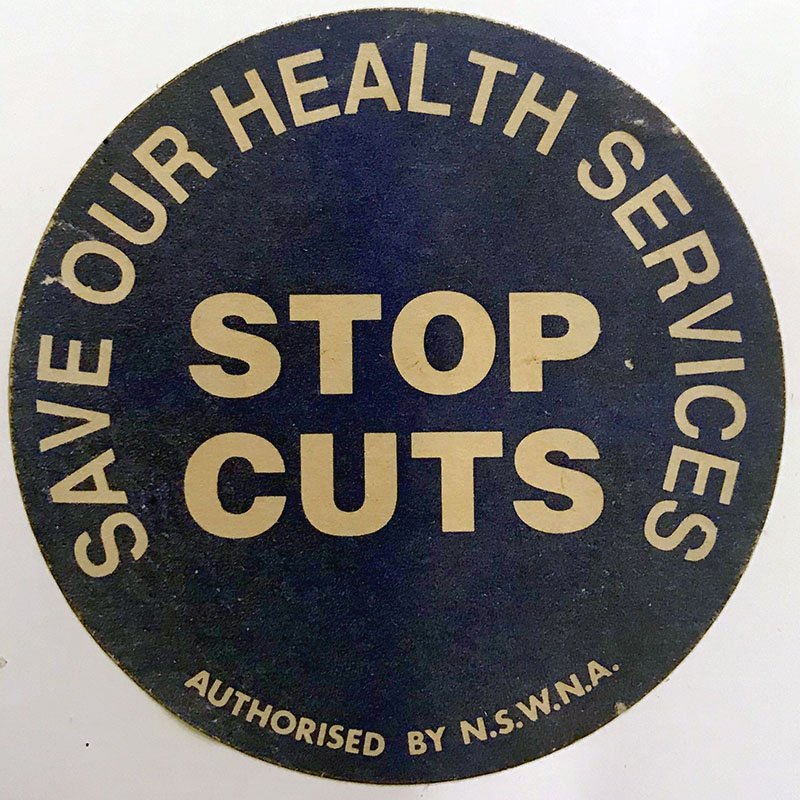 At the time the 106 year old medical institution was functioning as a leading six level Referral Hospital with recognised world class departments which included Urology, Cardiology, Neurology, Neurosurgery and Spinal Injuries. Among other special facilities were a Cardiac Catheterization Laboratory and the multimillion dollar Lithotripsy Centre containing the advanced technological apparatus known as the Lithotripter. This apparatus smashes kidney stones with ultra sound waves while the patient relaxes in a large tub of warm water, often eliminating the need for surgical intervention and prolonged pain for many sufferers. The Hyperbaric Unit’s usefulness was extending far beyond its use as a decompression chamber for divers with the “bends” e.g research into high pressure oxygen in vascular lesions in the spinal cord had been in progress since 1976

Prince Henry was ideally located for an air ambulance service. A heliport at Little Bay was located south of the Doctor’s Quarters, although helicopters also use the oval in front of the “good as new” 1890 cottages, one of which was used as an operational centre and pilots’ mess for the Air, Sea Rescue Unit, and was right next to the new Accident and Emergency Centre.

The Infectious Division in the Marks Pavilion was responding to the demands of the growing number of Acquired Immune Deficiency Syndrome (A.I.D.S) victims and other infections, such as Hepatitis and Tuberculous.

Prince Henry was still a nurses’ training school where graduates from the colleges received their workface experience and it also provided a two year training course for university graduates with appropriate degrees to qualify as registered nurses.

In short the hospital was busy with patient care.

The Minister’s announcement on 10th September 1988 was as shocking as it was unexpected. None of the Executive Nursing Staff at P.H.H. had been forewarned. The Minister made his announcement in a speech at a breakfast session of the Institute of Nursing Administrators of N.S.W. and A.C.T. conference held at Prince Henry, chaired and hosted by an astounded Mrs Joan Englert, Director of Nursing at Prince Henry. The Minister, the Hon. Peter Collins, was unaware that Mrs Englert had not been informed by the administering Board, the Eastern Sydney Area Health Service, which he claimed had advised and recommended the closure and relocation of Prince Henry and the sale of its land. Joan Englert’s reserves of self-control were severely strained as she efficiently conducted the remainder of the session.

It was the Area Health Board appointed by the Minister in August 1988 that recommended, the building of a “super” hospital on the small P.O.W. site in Randwick, the closure of Prince Henry, the relocation of its facilities into a tower block to be built in the super hospital and the sale of its 52 hectares of land to defray some of the cost.

This was an unexpected development. The harassment experienced by P.H.H.’s staff due to sporadic unsourced media announcements that the hospital would be closed had always been denied vigorously by incumbent Ministers and the staff reassured by the Board.

Prior to the N.S.W. State Elections in March 1988, the Health Minister in the Labor Government, Mr Peter Anderson, had informed the staff and the Board that these rumours had no foundation and that his Government would continue to assure P.H.H.’s future. His counterpart Mr Peter Collins, the shadow Minister for Health also publicly promised that P.H.H.’s future would be secure under a Liberal Country Party Coalition Govemment.

The Liberal-Country Party won the election and when the unsourced media announcements surfaced again in May 1988, Mr Peter Collins, then Health Minister, promptly squashed the rumour stating that P.H.H. would not be closed or its site sold. Professor John Dwyer, head of the division of Medicine at P.H.H. and P.O.W. also stated in the same media release:-

I would be horrified if there was any plan to downgrade or close the hospital. It is absolutely essential that it remain open, Prince of Wales is not big enough to support medical students from the University of N.S. W. Prince Henry services the whole State, it is a tertiary referral hospital and by no means just an “expendable” local hospital.

At Prince Henry there was distress and anger and in some a feeling of defeat. The Area Health Service explained to all the staff that if the hospital was not relocated its special units would be broken up and dispersed to various hospitals in the growing Western suburbs. They considered that the only way to save Prince Henry was to move all the facilities to the P.O.W.

This paradoxical explanation did have some meaning to the nursing and medical staff. Specialty units depend on the experience and expertise of their unit teams which take years to assemble. The probability that the specialties would be destroyed if dispersed was high and future patients would lose valuable world class facilities. The promises that they would be relocated into a brand new building which they could plan, that career paths would not suffer, provided some compensation.

I can’t believe this is happening! In the 45 years that I worked at this hospital, beginning as a trainee in 1930 and retiring as Supervising Sister and Assistant to Matron in 1974, N.S. W. Ministers for Health in all Governments have been special friends of this state-owned public hospital. None have ever contemplated closing it not even Mr Laurie Brereton who closed Crown Street and the Mater Public Hospital in North Sydney. Rumours floated in the media by unknown interests over the past few years were always firmly denied by the Ministers. I personally heard former Health Minister Mr Peter Anderson, state categorically at this hospital early this year that his Government had no intention of closing P.H.H.; that too many millions of public funds had been spent on new facilities such as the lithotripsy centre to consider such an irresponsible action.

The then Shadow Minister, Mr Collins, had strongly echoed these sentiments during the March elections and had continued to hold these views until the new Eastern Sydney Area Health Service he had appointed advised him to abandon these promises in September this year. So whose promises can we believe?

I feel grief-stricken when I think of all the wonderful people, doctors, nurses and others who devoted their lives to make this hospital a place of special caring, often with limited funds, using mainly the human resources and exploiting the natural environment to produce excellent and exceptional results.

I find it impossible to even imagine recreating the Coast-Prince Henry in an air-conditioned tower block in Randwick, one of many similar blocks in Sydney. It can’t be done, the patients will no doubt be looked after well but they will have lost that extra healing ingredient which only the environment of Little Bay can provide and patients matter most as far as I am concerned.

The local community responded to the relocation proposal by forming “The Friends of Prince Henry Hospital” Committee, with the object of preventing the closure and sale and promoting the upgrading of the hospital on its present site.

The Randwick Council objected to the super hospital proposal, mainly because of the already insoluble traffic and parking problems in the area.

Some Building Unions put black bans on building or demolition at either hospital.

The N.S.W. National Trust, at “The Friends” request, inspected and classified the hospital and its site and recommended a National Heritage listing.

The traditional owners of the land, the Illawarra people, who have lived in the La Perouse area for thousands of years, filed a Land Claim. They accept the hospital but want the land returned to them if it is to be moved.

The Botany Council vigorously opposes the removal of the Hospital and demands its upgrading.

On the other hand the consultants or agents employed at great expense by the Board or Government to promote the Prince Henry sale claim that, it’s a wonderful site for a resort or luxury housing development, practically in the city, only minutes from the airport, highly accessible by road.

It has also been claimed that patients are now demanding luxury hotel style hospital accommodation, which it is inferred will be provided in large hospital complexes. An admirable concept, but it could be argued that massive air-conditioned concrete tower blocks do not necessarily make hospitals, they often alienate more than they comfort.

The majority of patients enter hospitals to be cared for and cured in the shortest possible time at an affordable cost. High on their list of priorities are efficient and compassionate carers and the availability of the best medical and technical equipment delivered in a clean, comfortable and friendly environment.

Grand costly hospital buildings have never been the answer. They are often obsolete before they are opened because medical needs are not static, treatments change, diseases are contained and others demand priority. A hospital complex must be practical and adaptable and can only be as good as the people who work in it.

[supsystic-gallery id='13'] The last patient, a diver suffering from DCI, was treated at the Prince Henry site on the 15…