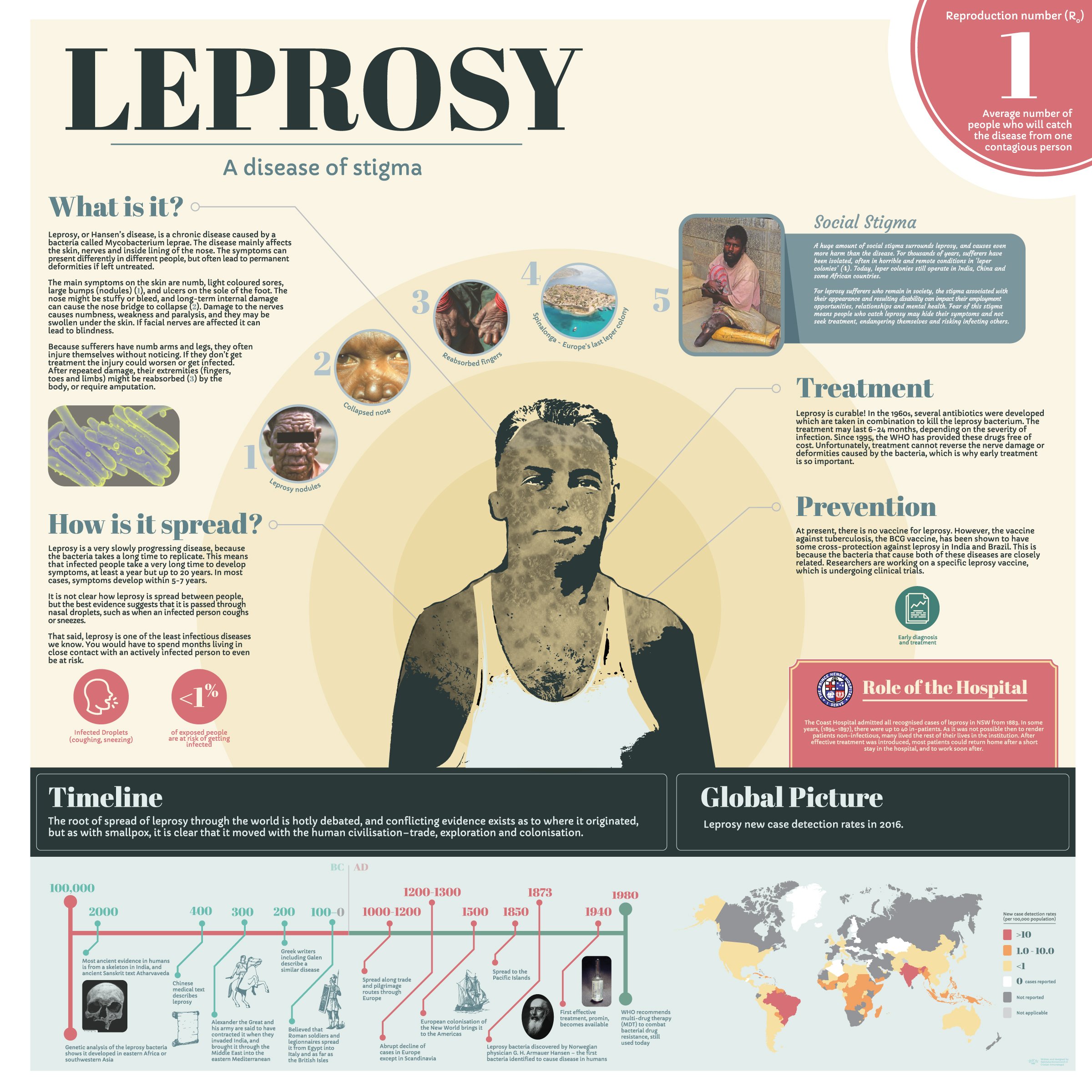 In the deserted hospital cemetery, situated on a desolate sandhill about three-quarters of a mile south of the old Coast site, are headstones bearing Chinese inscriptions. Some of these date back to 1883 when a few Chinese were admitted to the hospital, five of whom were suffering from leprosy and were housed separately in huts situated to the south-east of the Coast wards.

In 1885 six patients were under treatment for leprosy, the five Chinese noted above and one aborigine who after a prolonged period of treatment appeared to have recovered and was released. Of the Chinese remaining in isolation we are told:

…they appear to be contented and even happy, thanks to a naturally lively temperament and a liberal allowance of opium.  They are fully occupied in fishing and gardening for themselves; they are comfortably lodged by themselves and prefer to do their own cooking; they live liberally, keep ducks, fowls and numerous pets and observe the customs and habits of their nation as far as possible. They celebrate the Chinese New Year by letting off crackers and other rejoicings and even gambling when the opportunity offers. They have books bestowed by a Chinese minister of the Church of England, who occasionally visits them; and the knowledge that none of their countrymen in Australia would, if they escaped, hold any communion with them probably reconciles them to confinement.

During 1886, of six lepers in isolation, three died. By 1888, however, there were eleven cases of leprosy in the lazaret which was becoming overcrowded and inadequate. Furthermore, “the site of the lazaret was in the highest degree objectionable, being close to the main water supply of the hospital.

By 1890 a new lazaret had been built and the following year the lepers were transferred to these quarters… The “male lazaret” is situated on the north-eastern side of Little Bay in a shallow gully with a small stream which empties into the bay.

By the end of 1891 there were twenty-one lepers in the hospital lazaret and two of these were women. Separate accommodation was provided; a cottage with a bedroom and sitting room was constructed for each patient and the cottages were complete with kitchen, laundry, baths, offices and sewerage, so that the unit was self-contained. These quarters were located on the seaward side of the Infectious Area. Two nurses were engaged to care for the women and they were lodged in temporary quarters adjacent to the cottages.

In an issue of the Evening News in 1910 is recorded a visitor’s impression of the Leper Hospital at Little Bay. This writer quotes an announcement by the Department of Health that another case of leprosy had been diagnosed and that the sufferer would have to be isolated for special treatment at the Leper Hospital.

Naturally a scene of hopeless misery and suffering is pictured by the readers… But having the good fortune to pay a visit to that isolated institution, the Lazaret near the Coast Hospital at Little Bay, my surprise at their condition and surroundings was as unbounded as my admiration for those in authority was unlimited. No pleasure or comfort is denied that can in any way brighten the lives or alleviate the sufferings of the patients. the keen sea air was laden with the sweet perfume of the bush flowers that grow in such luxuriant abundance on these breezy cliffs… as with Dr. Wallace we followed a bush track into a large and beautiful garden, its winding paths bordered by arum lilies in full bloom; croquet and tennis lawns looking like green velvet in front of the cottages; and a wide expanse of the restless rolling Pacific whose great foam-crested waves break into showers of white spray as they dash in impotence against the foot of the huge grey cliffs.

The writer described how the inmates of the lazaret were well content with their enforced life of isolation, how matron (Miss Watson) made a daily visit to the lazaret, an event eagerly looked forward to by all the patients, many of whom shook her hand in gratitude, how matron and her senior sisters held a weekly picnic afternoon tea for them all on the beach and how the lepers were allowed the use of a rowing boat and bathing house on the beach. They grow their own vegetables, cut the wood, fish, and one Javanese man is the head gardener, though he has no fingers. He looks, and is, perfectly happy and contented, and informed me he had been there twenty one years.

Such is the uniqueness and wild beauty of this hospital’s site, that it has often moved visitors to fights of poetic eloquence. The Prince Henry Hospital has an atmosphere and individuality quite unlike any other hospital in this country.

A Short Review of Leprosy

Leprosy was known to the ancient Hebrews, Greeks and Romans, although other conditions such as psoriasis, syphilis, and eczema were probably confused with it. The laws relating to leprosy in Leviticus, XIII, may be regarded as models of sanitary legislation, though these laws may have been inspired by Babylonian statutes.

The disease began to appear in Europe early in the Middle Ages, about the sixth or seventh century, and its wide spread was probably due to the movements of large numbers of people in the Crusades. It reached maximum distribution in the thirteenth century when there were more than 2.000 leprosaria in France alone, and several hundred in England. These hospitals were given the name of “lazar houses” from the tradition that Lazarus had suffered from the disease. When the lepers walked abroad, each was obliged to wear a distinctive dress and to carry a bell or clapper to announce his presence and thus warn all persons to avoid him.

The very strict segregation practised at this time, although often cruel to the individual victim of the disease, was extremely effective in preventing further dissemination, and the incidence of leprosy in Europe showed a steady decline during the following centuries, until by the seventeenth century the disease had almost disappeared from Europe. The epidemic of the “Black Death” which appeared in Europe about 1438, affecting particularly the weak and debilitated, found many of its first victims among the lepers and substantially reduced their numbers (Guthrie).

How did leprosy reach Australia, or was it already in the country before the white man arrived?

Leprosy is virtually world wide in distribution, but it occurs more particularly in the tropics and sub-tropics. The areas of highest prevalence include tropical Africa, India and China, and many of the Pacific Islands, including Indonesia, Japan and the Philippines. It is also prevalent in the West Indies and certain central and South American countries. In Europe, active foci remain along the Mediterranean. Other factors apart, leprosy requires for its spread humid conditions with a moderate to heavy rainfall, a meteorological state of affairs that is present in Sydney.

In 1871 the population of Sydney consisted of 131,412 Europeans, 746  Chinese and 367 Polynesians. The Polynesians were imported originally into Queensland for sugar cane work, to Boyd’s whaling station at Twofold Bay in 1842 and into the Clarence and Tweed River sugar cane areas in about 1868. On the other hand, the Chinese migration from China to Australia started in about 1852 when these immigrants were brought in to make good the shortage of agricultural labour created by the gold rushes in New South Wales and Victoria. Most of the Chinese went to the mining centres, to coastal agricultural districts and city slums. A few went to other parts of the State as station hands, cooks etc. Most of these immigrants came from the southern provinces of China, Hong Kong and Macao.

This comparatively large alien population furnished then its quota of imported lepers. It is  surmised that leprosy was unknown amongst the aborigines and the early European settlers, but was introduced from China and the Pacific Islands during the 1800’s.

It is highly probable that leprosy was actually established in Australia by the 1850’s. Perhaps the earliest reference in Australian medical literature to the disease was an article by James C. Cox, Honorary Physician to Sydney Hospital, in the New South Wales Medical Gaxette of October 1872, in which he stated that he believed the existence of leprosy “has not hitherto been recorded as existing in New South Wales amongst the native-born European population”, and reported six cases.

In 1890 an Act was passed for the compulsory notification, detention and treatment of lepers in New South Wales. The report to the Board of Health, “Leprosy in New South Wales” 1893, states: “The ordinary medical attendants of the lepers are, of course, the officers of the Coast Hospital, but other medical men are permitted to visit them for the purpose of seeing such as have been their patients, or for the study of the disease. At the recent meeting of the Intercolonial Medical Congress in Sydney, many medical men availed themselves of the opportunity of seeing an affliction which probably none of them have seen often, and certainly many had never seen at all. And the University students of the final year, in company with their teacher, similarly visited the lazaret where Dr. Scot Skirving gave a special lecture on that disease.”

In Sydney from 1893 to 1915, despite the much greater number of Europeans than coloured people among the population, the number of cases of leprosy in each group was about equal. The highest percentage of all was among the Chinese, with occasional cases among people from the South Sea Islands, Africa, Egypt and Greece. These figures are of course relected in the admission of cases of the disease to the Coast Hospital. It is also a fact that a few white mariners contracted the disease overseas and brought it back to this country.

Until comparatively recently, drugs were of little avail in the treatment of this condition. Chaulmoogra oil was one of the first effective therapeutic agents and this was followed in the 1940’s by the introduction of the sulphones, which were more effective. More recent anti-bacterial agents have been introduced and the use of these agents has improved the outlook for the victims of the disease.