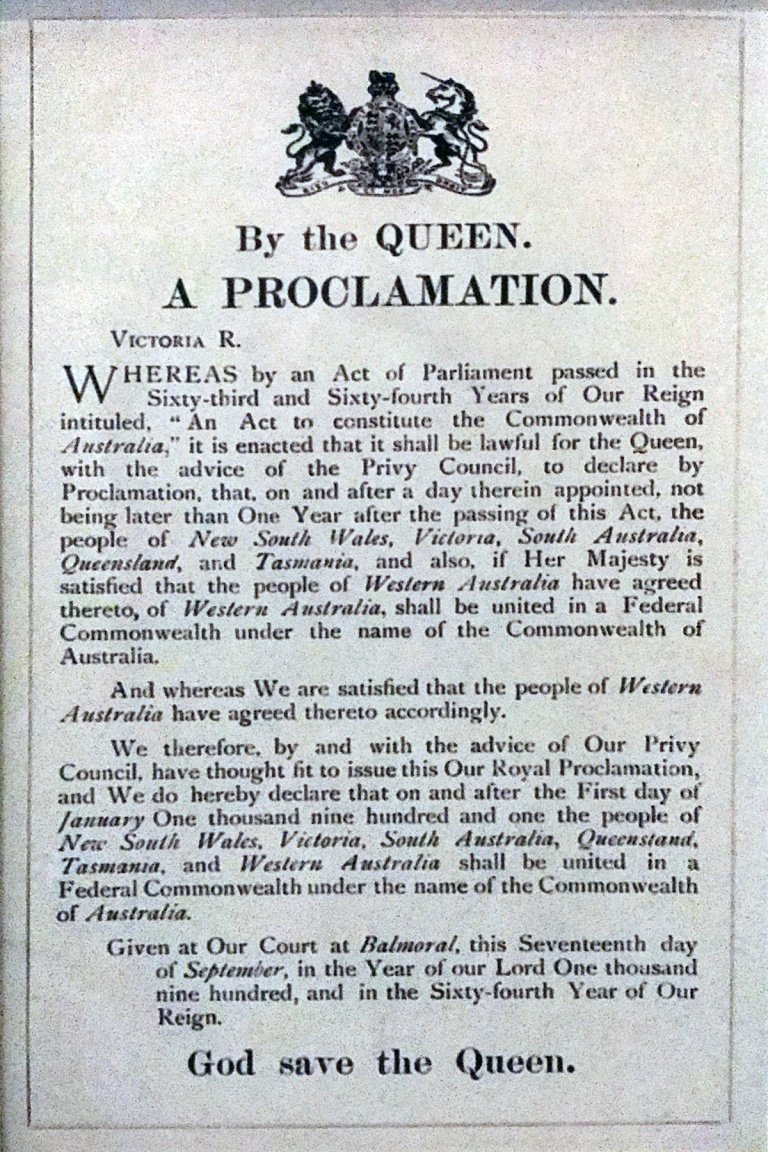 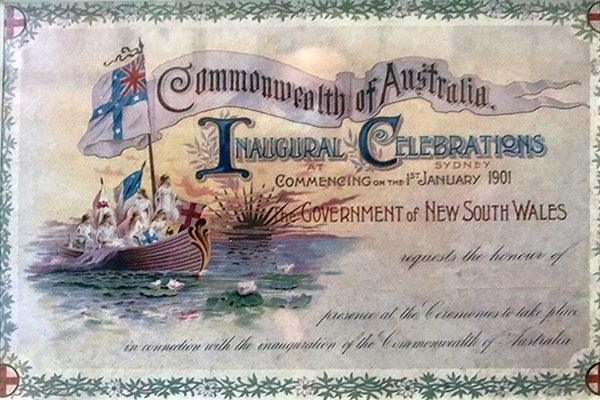 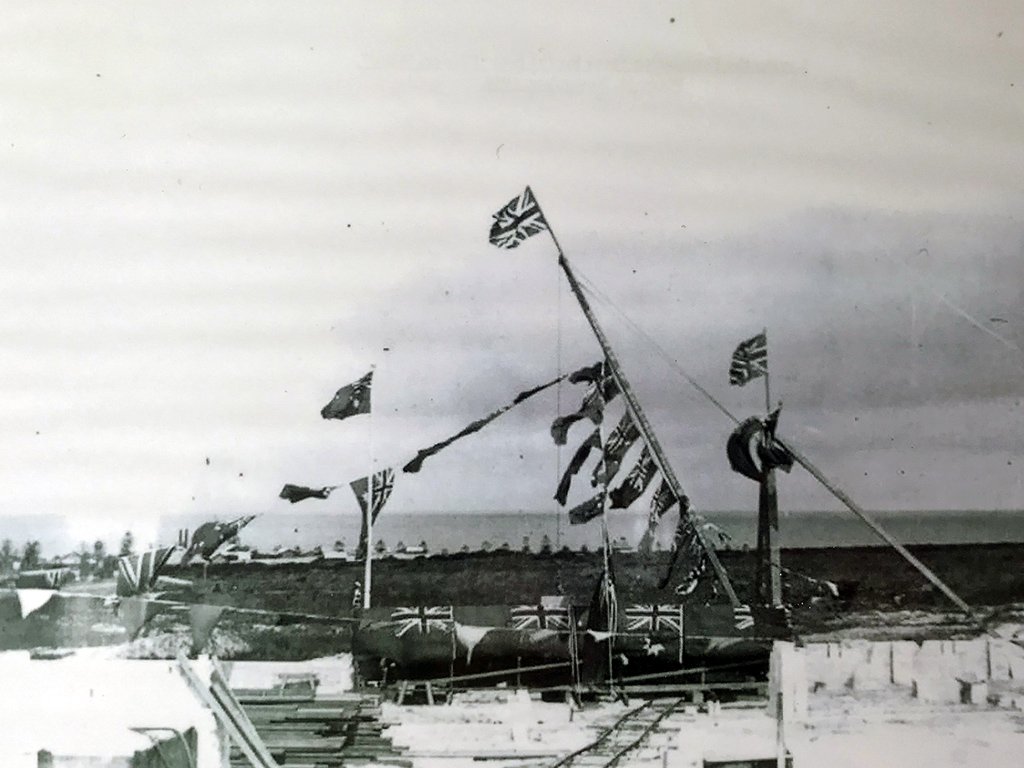 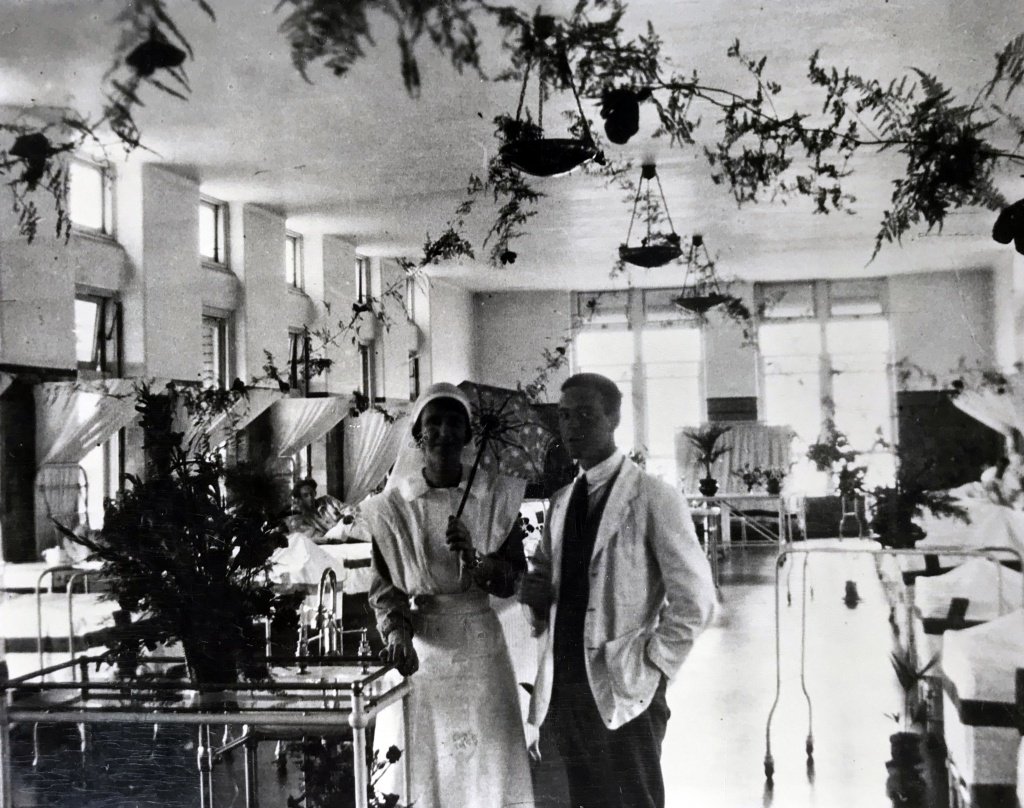 On New Year’s Day 1901 the Commonwealth of Australia was proclaimed in Sydney. The Coast Hospital was decorated with flags and bunting and a festive meal was served to patients and staff. Leave was arranged for as many nurses as possible to join in the celebrations in the city during the day or see the illuminations at night.

In the morning a long procession moved from the Domain through the gaily decorated streets, under colourful arches, past excited crowds to Centennial Park. Bands played and detachments of Imperial troops in splendid ceremonial uniforms rode or marched past- Dragoons, Hussars, Lancers and exotic Indian cavalry and infantry of Sikh and Gurkha regiments.

At Centennial Park the Commonwealth was proclaimed and the first Govenor-General sworn in amidst thunderous cheers and cannon-fire salutes. In the afternoon a spectacular military tattoo was held in the Domain with flag-bedecked merchant and warships riding at anchor in the harbour as the backdrop.

The celebrations exceeded all expectations but the euphoric afterglow was shattered three weeks later when Queen Victoria died on 22nd January 1901. At the Coast flags flew at half-mast and swathes of black and purple material or bows of ribbons hung from gates, walls and doorways. A new king inherited the new dominion.

One of the first enactments of the first Federal Parliament, elected in March 1901, was the granting of universal suffrage to all Australian citizens over twenty-one years, although indigenous Australians and some others were not included. Women had the right to vote in New South Wales’ election after 1902 and in the Federal election of 1903.

The new century and the new Commonwealth commenced on a promising note although the significance of these changes was only dimly perceived by the nurses, laundresses or general servants at The Coast as they worked each full day to its end.

MALE NURSES Brothers of the Red Cross(indicative only; these men did not serve at The Coast Hospital) For decades the…